Planting trees is a rewarding experience, something we’re all being encouraged to do to help tackle the climate crisis and boost biodiversity in our local greenspaces. But the work doesn’t stop there if we want these trees to develop into healthy woodlands. Last week our Nature Ninjas volunteers were out collecting old tree guards in Glencryan Wood – not the most exciting activity, but important nonetheless!

Tree guards are often used when planting new saplings, you’ve probably seen clusters of pale green tubes emerging from the ground alongside a new road or at a forestry plantation site. The guards help support the young tree in its earliest days, protecting it from the elements and, crucially, hungry deer, which can rapidly chomp their way through a new woodland before it’s even had the chance to grow.

However, tree guards aren’t without problems. They can attract vandalism, and they’re usually made of plastic. By planting trees we may think we’re doing a good thing, but without planning ahead we could also be contributing to plastic pollution.

So what are the alternatives? In some places fencing can be used to keep deer at bay, and more eco-friendly guards are starting to appear on the market. There are still times when plastic tree guards are the best option, as long as they are used responsibly, with a plan to remove them before they start to cause more harm than good.

Some of the tree guards we removed at Glencryan were fifteen years old, enough time to start affecting the local environment. By removing them we were also giving the teenage trees the space they need to keep growing. Fortunately many were in good enough condition that we’ll be able to reuse them for future projects. Get in touch if you would like to get involved. 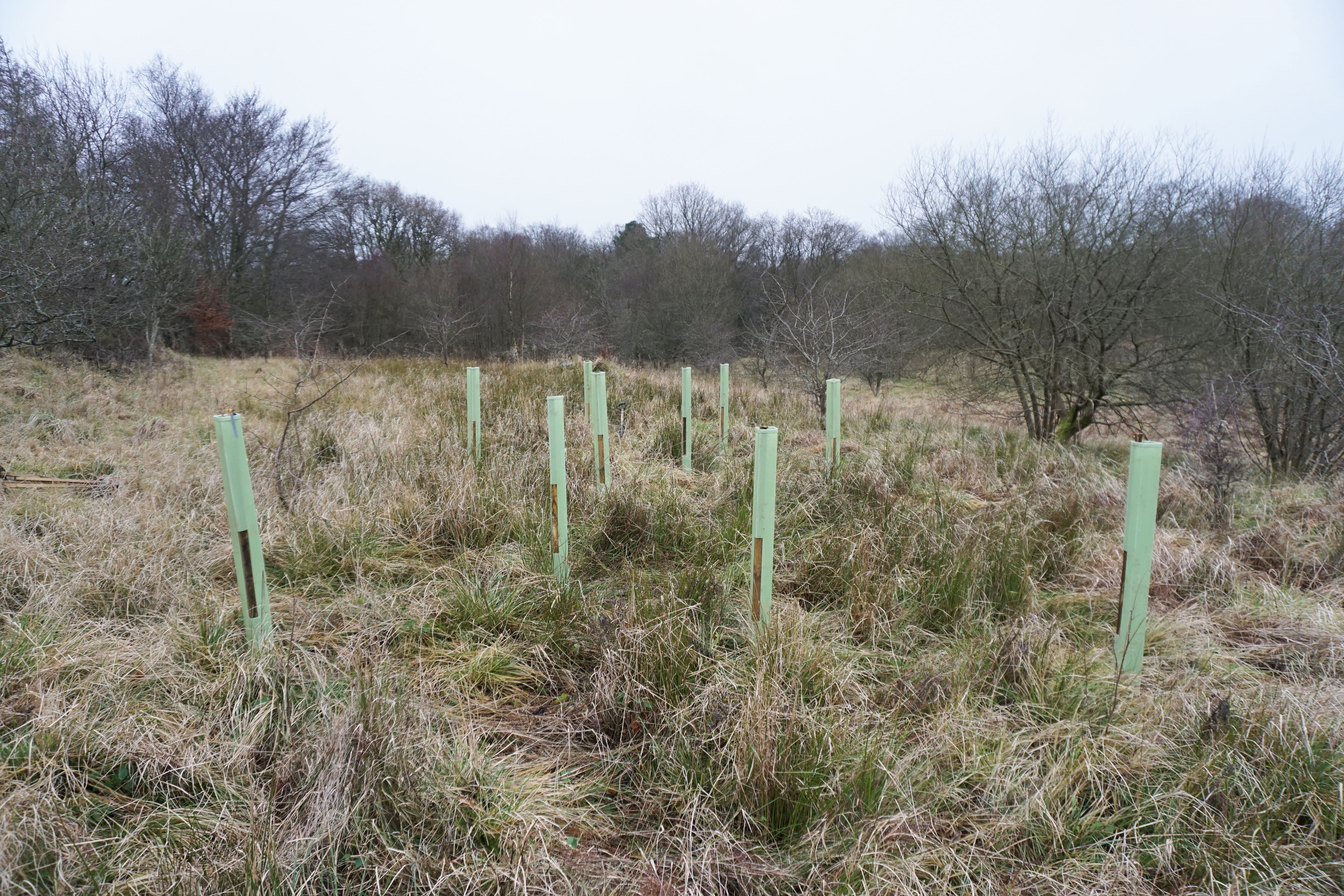