Why Cumbernauld is a cool place to live 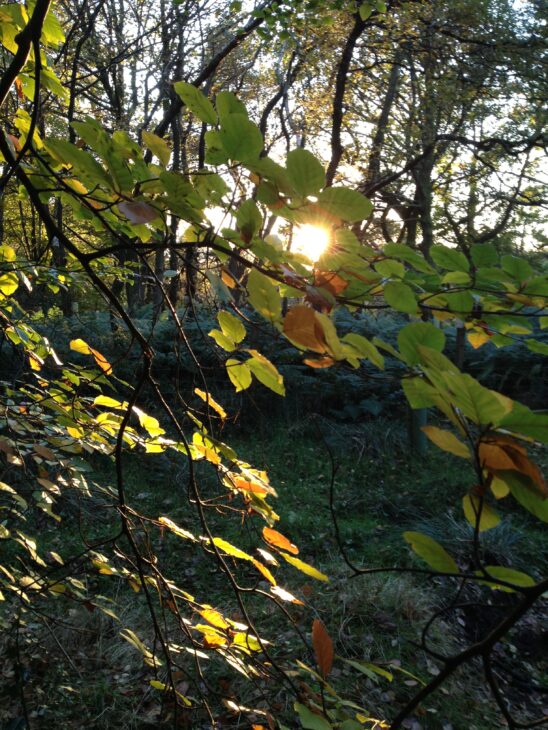 Many of us know that the fantastic woodlands and greenspaces around Cumbernauld make it a cool place to live. But did you know that they actually make it cooler too?

All the concrete and tarmac in towns and cities mean that they get hotter than rural areas, because the dark, hard surfaces absorb lots of heat. But studies have shown that having trees and greenspaces in urban areas helps to cool the air – something that’s going to become increasingly important as climate change gets worse and summer temperatures rise. Heatwaves may be great for some, but they can be deadly for vulnerable people, and they’re not good for much of our wildlife either. Rising temperatures and heavy traffic also lead to air pollution – another threat to people and nature.

But like many things, it’s not quite as simple as planting lots of trees – the kinds of trees, and where they’re planted, matter too. And that’s where we’re lucky in Cumbernauld, because we have a lot of the right kinds of trees in the right places – and we’re getting even more thanks to the tree planting work that is being done through Cumbernauld Living Landscape.

Native broadleaved trees like oak, birch and hazel are better at reducing the air temperature for a number of reasons. Besides the obvious one of giving shade, they also cool the air because they lose the water they take up through their roots when it moves up through the tree and is put out into the air through their leaves – natural air conditioning! Conifers have small waxy leaves that are specifically ‘designed’ to stop them losing too much moisture. And it helps if leaves also move in any breeze, creating millions of tiny fans that move the air about, so big ones, rather than little needles, are best. And trees with paler leaves reflect the sun’s rays better than dark conifers.

So the mature, broadleaved trees we have in and around Cumbernauld – with lots of big, pale green leaves that lose water quickly and reflect the heat are perfect. And this is one of the reasons we are planting more. Not only will they be great for wildlife, make our town more beautiful and help to store carbon to fight climate change, but they will help us to adapt to some of the inevitable warming it’s already too late to avoid. How cool is that!